Sometimes, people following a Twelve-Step recovery program work with a counsellor who knows the Twelve Steps, Twelve Traditions and the Promises of Twelve-Step “Anonymous” organisations.

A counsellor who can integrate counselling with your Twelve Step Recovery may be someone who has worked the 12-steps himself, is currently working through them in a recovery program, or who has received education on the Twelve Step process as part of his continued professional development programme.

But these wouldn’t necessarily be the main reasons why someone in a recovery programme would work with a twelve-step counsellor.

Why Counselling for a Twelve-Step Program.

Dean Richardson is a qualified & experienced counsellor working with people in twelve-step recovery… Such a counsellor, as described above, does not provide advice on the twelve-step program, does not talk about himself (outside the scope of the therapeutic relationship) or his experiences of the twelve steps, or comment on ‘what other people on the Twelve-Step programme do is…’

Instead, counselling with a twelve-step-focussed counsellor is about finding a form of support away from, and in compliment with, the twelve-step programme that you’ve chosen for your recovery.

Twelve-step program sponsors are people who have worked the twelve steps themselves, and their contribute to your recovery is very important.  At the same time, such people are generally not trained, qualified professional counsellors.  Counselling with an experienced counsellor supports you working through your own personal experiences of a  twelve-step programme (the successes and the set backs) and counselling  compliments & supports your recovery as part of, but separate from, your choice of  twelve-step programme.

What are Twelve-Step Organisations?

Twelve-Step Anonymous organisations are based on the philosophy that those that share common physical cravings and mental obsessions can best understand and help those that are struggling with their specific addictions.  Thus, whilst members of Overeaters Anonymous will have their twelve steps (etc) based upon those of Alchoholics Anonymous, the words ‘alchoholic’ and ‘alchohol’ are replaced with ‘compulsive overeater’ and ‘food’.

This would apply to couples (working around matters of co-dependency) as well as individuals (working towards abstention)… and all other fellowships that use The Big Book & AA concepts central to their recovery.

Anonymity is the spiritual foundation of all our traditions, ever reminding us to place principles before personalities.

Matters that are discussed within a Twelve-Step meeting are to stay within the group.

… the counsellor is not the same person as your twelve-step sponsor…So how does a person in Twelve-Step Supportive Counselling balance the need for Tradition 12’s anonymity without breaking the confidentiality of the Twelve-Step group?

It’s a creative process – but one that each person creates in a unique way.

In-keeping with the Twelfth Tradition: Keeping the same example in mind, a person might use counselling to discuss how the speaker’s topic effected them.  They might talk about the feelings of frustration/annoyance they were feeling whilst hearing the story.  The might talk about how puzzled they are that the speaker’s story appeared not to help them at all … and what matters might become revealed to the person if the counsellor and person were to be curious about focussing on the effects the person was carrying after hearing the speaker.

In the above paragraph, the counselling focusses upon the person and what’s going on for them.

For the sake of safety, anonymity and confidentiality, sensible boundaries must be discussed between counsellor and client.

For these reasons, it would be helpful if:-

So counselling provides you with an area that is twelve-step friendly, but that which is a separate service from your choice of programme.

It’s also helpful to bare in mind that all counsellors are different (in personality and approach to their model of therapy) and if you don’t get on with a counsellor you can choose to work with someone else.

When twelve-step uncovers repressed or painful experiences, counselling can help…For example – sharing in a Twelve-Step group may involve a person being able to speak about their Experience, Strength & Hope for a period of several minutes, whilst the group do not cross-talk, offer opinions nor address the sharer directly.  This can leave some people in need of seeking additional therapeutic support not provided by the group, but provided by a qualified counsellor.

Similarly, the role of the counsellor is not to replace the Twelve-Step sponsor.  A sponsor someone in the same Twelve-Step programme as the individual, and is  more experienced on the recovery path.  He/she assists the less-experienced sponsee through the program. This would be different from the counsellor may not discuss his/her own personal experience with the Twelve Step program. 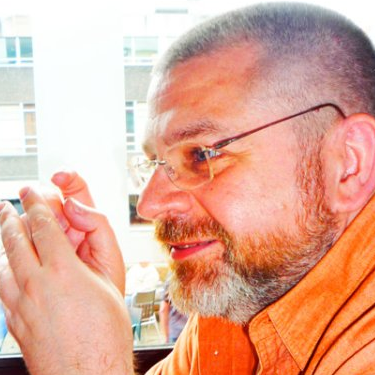